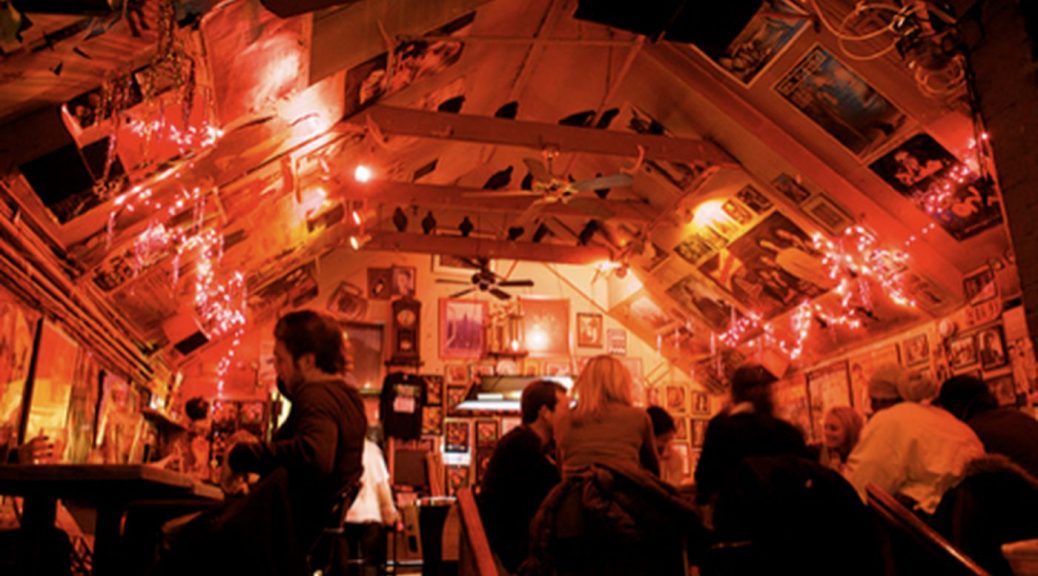 Welcome to The Stoned Crow website! We’re a friendly neighborhood bar and restaurant, located in the West Village, just steps from Washington Square Park. We have a great selection of beers on tap and in bottles, and our bartenders can also skillfully create for you a tasty cocktail and the best brunch. Play a bit of pool, stare at the endless selection of movie posters and portraits on the walls (don’t forget the walls in the bathroom!) and nibble on one of our fabulous hamburgers. Come on by sometime… you won’t regret it.

According to New York Mag, the burgers listed on the tabletop menu as a half pound of ground beef, as it turned out, were all that and more. The Crow Burger is a bacon-cheeseburger; the Classic is baconless. Both are served on paper plates and come with raw onion, crinkle-cut pickles, iceberg lettuce, and rather anemic tomatoes. You have a choice of cheese—American or Cheddar, and ketchup (Heinz) or mustard (Gulden’s), and that’s about it. As for the beef, it was remarkably fresh and nicely broiled with a rough, salt-crusted char; the patties were irregularly hand-shaped, loosely packed, and fairly juicy. Standard-issue sesame-seeded buns served their purpose well in being supremely squishy, melding quickly with the cheese and beef into one delicious, harmonious whole. In short, the burgers at the Stoned Crow did indeed rock.

Open Monday through Saturday, 4pm ’til late
Closed on Sundays

The Stoned Crow is closed at the end of 2010! The last night the bar was open was New Year’s Eve.